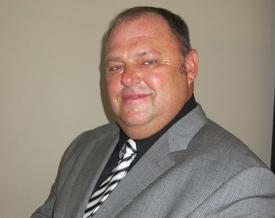 Graduated from U. de M. University of Montréal in Fire science and completed civil engineering program and industrial security programs in various Québec institutions. M. Tassé has worked for over 32 years for the Montreal Fire department (SIM) as a Fire inspector and worked up the ranks as Chief. He is co-owner of a security firm agency Dynamic Security for over 10 years. M. Tassé possesses a strong background in Emergency Measures, Emergency evacuation procedures and Firefighting technics regarding private and public sectors industrial, institutional, and government buildings.

Michel L. Tassé. Is President and founder of Water Protec TP Products Inc. The company is specializing in prevention of potable water wastage in buildings and prevention of Water damages. This Canadian company he founded in May 2014. He was also part of a committee regarding major risk industrial buildings which were located in Montreal region with different organization such as Regie du Batiment Québec, and other major municipalities surrounding the island of Montréal.

Michel L Tassé is still active in teaching in the security field for security guards accreditation in which he has trained security guards for over 12 years as an instructor for various teaching school in Montreal region (CTTA, College National) basically teaching security threats, fire prevention, emergency measures plans and emergency evacuation procedures for building such as high rise, health care facilities and all public buildings and industrial. He is presently teaching in the Police Tech program at John Abbott College courses in First responder and Fire prevention.

Having worked for over 32 years for the Montreal Fire department M. Tassé has acquired a great deal of expertise in evaluation of potential risk by being actively working with the Fire Safety Cover Plan The City of Montreal was obligated to fallow and was involved in major strategies regarding this plan. This obligation was imposed by the ministry of public security for the Quebec Government